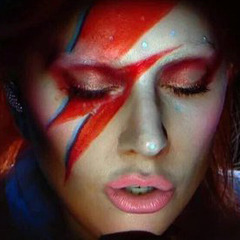 I suspect this was debated internally by the product team, but having individual ratings track to an edition as opposed to the book is confusing.

There are some books I have read, for instance, that have 60 or 70 editions, where most of the editions are simply new printings of the same book (“20th anniversary edition“ etc.) or different formats (kindle vs. hardback vs. paperback vs. large format)

So my suggestion would be to represent ratings at the level of the book rather than the edition, except in cases where the edition is in a different language than the original or is an audiobook.

For an example of where this is most confusing - when I scroll through the “popular this week” section, I see a ton of books I have read. Most of them, however, say “you read a different edition of this book” and so don’t have my rating next to them. This makes it a bit hard for me to remember what I thought of the book, which is a useful data point in trying to select my next book (eg, if I see one I rated a 5 in the list, I might click through and use the “similar books” function).

EDIT: I can see how much attention/care has gone into trying to grapple with this edition challenge and how much work it will be to revise it. What I’m trying to convey, gently, is that SO many other things about this app are working brilliantly, but this is one area that isn’t.

We're currently working on improving the UX around the "you've read a different edition of this book" so you should see a change/improvement on that in the next few weeks (namely you'll see your rating and read status against any edition on the list views). On each book page, the average rating that you see is across all editions, not just the edition you've marked!

By the way, there is no big product team: https://thestorygraph.com/team! :-D

Love it - lean and nimble!!

Is there also a way to add images to the book editions that don't have one that were added by users? Thanks!

Not yet, but there likely will be soon, as part of the work we're currently doing. In the meantime, you can select "Flag incorrect book information..." for one of our volunteer librarians to add in the cover for you, and if you'd like to find out more about our volunteering programme (where you will have the power to edit books and other data-tidying functionality, but with no minimum time commitment), email us support@thestorygraph.com. :-)