Users are very keen to know more about the authors they are reading: where they're from, how they identify across a range of dimensions, including race and sexuality.

We need to do more planning and research before we roll out something like this. It's very likely that the first stage will be more information-rich, highly-curated author pages, built up by our volunteer librarians.

I completely get that it would be really difficult to track author nationality (especially when it comes to those with dual nationality) but as a compromise would it be possible to publish a map where the original publishers are based? It might begin to provide an insight into the diversity of our reading using information that may already exist without being intrusive to the authors. It may also encourage people to read books from a wider range of publishers, especially books that were originally written with a different audience in mind. This might distinguish between (as an example) books written by a Japanese author that were written for Japanese readers before being translated and read throughout the world, compared to a book by a Japanese author that was written with a western audience in mind and first published in English by a UK or US publisher.

I would love a feature like this, as the one reason I still catalog books in a private spreadsheet besides storygraph is to keep track of author's nationalities. (I want to avoid having USA/UK as more than 50% of the authors I read). But I understand that implementing it right would be quite a challenge, and not because of the coding ^^'

I just wanted to say, with my author hat on on, that while I can see this on the one hand being really valuable to readers, unless it's implemented really carefully it has the potential to be quite invasive for authors, especially because we're dealing with complex aspects of identity.

Of course I don't want to speak on behalf of communities that aren't mine, but in LGBTQ+ circles alone there's been situations where people have been forced 'out' before they were ready due to reader scrutiny/hostility. You've got situations where authors have been deemed not [x] enough, where [x] is a particular marginalised identity, simply because their experiences don't match the specific expectations of some readers. More complicatedly still, you've got the issue that writers maybe be dealing with aspects of their gender identity in ways that may affect how they publicly identify: and having a public record essentially charting these changes might not feel kind or useful to the author in question. Although, of course, that's a very personal and subjective thing.

I hope this doesn't sound negative or selfishly author-focused. I just wanted to note some of the complexities in play here when it comes to the marginalised community with which I have experience.

Hello! Your comment is exactly why we haven't touched this feature at all despite it being one of our most requested features of all time. I spoke about exactly this in an Instagram live show Rob and I did last weekend. The discussion on it starts at 31:38: https://www.instagram.com/p/CZZJ1JEIIWo :-)

Ah, this is super interesting - thank you so much for your nuanced and thoughtful take on this issue. I really do see the reader-side of this one but, as you said in the discussion, it's really complicated.

alexishall This is an excellent point, and one I personally worry about, too. On another point, I understand people wanted to diversify their reading, but turning it into a "stat" feels a little.... objectifying. Like marginalized people are Pokemon and you "gotta catch 'em all". I cringe at the thought of people bragging about their "diverse stat" like it's a video game. I appreciate Nadia's thoughts in the in the instagram link below, and I'm glad it's being taken seriously, but... I dunno about the feasibility about this idea. I'm all for people reading more diversity, but I don't like turning people's identities into something for people to collect.

thehappylittleelf Thank you so much for weighing in with your thoughts!

I wonder if an mvp of this could be allowing users to tag authors in a similar way that we can tag books. I’d love to tag authors to help myself and others not have to look up nationality, sexuality, and other details because I’ve forgotten. Then this info could be used help users trying to read own voices books and to help build the author pages mentioned

I'm a huge fan of this idea! 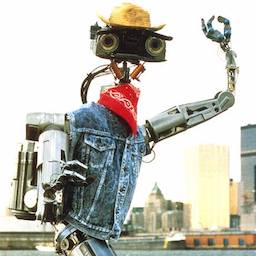 This would be awesome!

IIn general I think author pages will open up the option for a lot of interesting features, so I'm looking forward to this.

One of the features I would like is the ability to mark an author as incorrect, even if the name is right. For example, sometimes when I click on an author's name, I get books I know they didn't write. (I think when books are added it is hard to pick the 'right' author if it is a common name. ) So if users could flag problem authors for the librarians to go through, that might be useful.

YES. I really want to track how diverse the authors I am reading are and be able to find more local Authors.

I am very very excited about this potential feature!